A textile recycling company is urging others to be vigilant with foreign worker checks after experiencing how easy it is to be caught out.

Savanna Rags International Ltd, based in Mansfield, Nottinghamshire, was served a civil penalty after 30 of its employees were arrested for immigration offences in March 2014 (see letsrecycle.com story). 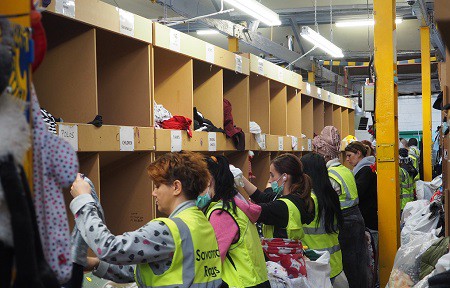 Workers pictured in November 2016 at the Savanna Rags facility. Since 2014, all workers are robustly checked for their right to work in the UK

The company had carried out checks when hiring the workers but it emerged that some of them possessed documentation which had been forged.

Now Savanna, which has since strengthened its procedures, is keen for others to be made aware of the risks.

Company director Ahmed Suleman said: “This was a very hard lesson to learn especially when you take into consideration the facts that we were making PAYE and NI contributions having been supplied these details by the employees.

“What we would say to other businesses who employ foreign workers is to be more vigilant and make sure that you check the credentials of every employee thoroughly so you don’t fall victim to a sophisticated scam the way we did, and if in doubt contact the relevant government body for advice.”

Mr Suleman explained that Savanna Rags fully cooperated with the officers from both HMRC and Immigration Services and provided them with all the information that it had on file for its employees including all copies of documents supplied to them. 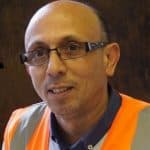 “What we have learnt is that unfortunately the checks we carried out were not rigorous enough. Since the visit we have implemented everything that was recommended and we now have a dedicated HR administrator on site”, he explained.

Furthermore, the company now only recruits using an external agency which carries out all due diligence, including visas and right to work in the UK.

Fortunately, Savanna was able to retain its existing client base of charities and local authorities in the aftermath of the arrests after allowing them to audit its processes. The company says it benefited from its “face-to-face approach to doing business”.

Clients which Savanna currently works with include disability charity Scope as well as the British Red Cross, British Heart Foundation, Oxfam and Barnado’s, alongside many councils in the region. It also has its own charity, the Peaceful (Uhuru) Trust, which has its own charity shops and has raised almost £150,000 for causes in the UK and overseas.

Savanna sorts and processes 500 tonnes of used clothing a week. Items are sorted, processed and graded at its 45,000 square-foot warehouse in Mansfield and exported to markets in Africa, the Middle East and Eastern Europe. Currently it employs around 180 staff.